Neighbor Gary McMasters was making sorghum molasses this weekend with his mill in Grays Chapel, North Carolina. He was also breaking in his new 4 year old mule Pearl. She was pulling the mill for only the second time. While Gary had to be a little patient, Pearl figured things out pretty quickly and did an admirable job. Pearl takes over from Sam, who has gone into retirement in his twenties. 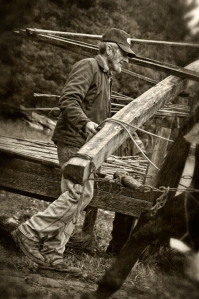 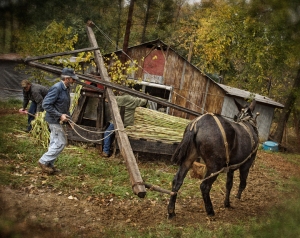 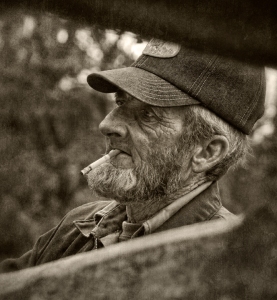 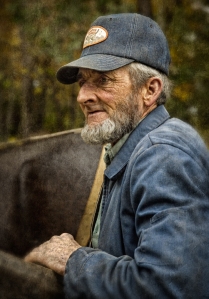 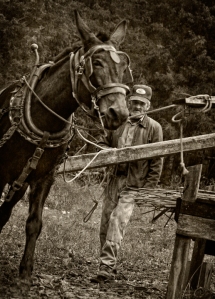 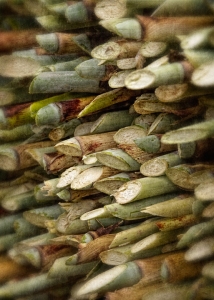 Sorghum pressing time at my neighbor Gary McMasters. A few images as Gary’s crew runs cane through the mill to make juice to be cooked into molasses.

Saturday morning I went over to Gary McMasters’ farm in Grays Chapel, North Carolina to watch something my Dad used to talk about, but something I had never actually seen done. Along with neighbors Buddy McNeil, Adrian Staley, Brandon Bryson and Charlie Latham, Gary and his family were in the middle of making sorghum molasses. Gary grows the cane on his own land, then he, Buddy and Adrian cut it, strip it of its leaves, and then press the juice out of it with an antique mill powered by Gary’s mule Sam. Once the juice is collected, it’s cooked down into a syrup. On Saturday, the process started at 6 AM in the morning. Sam walked round and round till about nine and Gary collected one hundred or so gallons of juice. He then started a wood fire under a large stainless steel cooker and began to cook the liquid down. This cooking process is pretty much an all day job. Gary keeps everything at a steady boil and continuously stirs and skims pulp that floats to the surface. On Saturday it took until six in the afternoon to reduce the cane juice to a thick consistency where it could be strained and poured into jars. One hundred gallons of cane juice produced about ten gallons of finished molasses.

Gary sells the jars of molasses, but he doesn’t really do it for the money. It’s too hard a job and the returns are certainly not worth the amount of labor that goes into it. Rather, he does it because he enjoys doing things the old way. He can work his mule and get together with his family and neighbors and share and pass on skills that probably won’t survive many more years. Saturday I was a witness to a bygone era. Gary tells his daughter Elizabeth, “If you want to know how they used to do things, you better watch me now, cause when I’m gone you may not see it done again.” I feel fortunate to live nearby and to have the opportunity to see and record his labor. 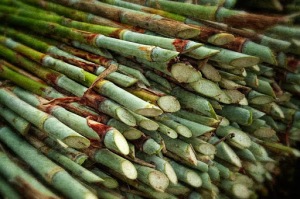 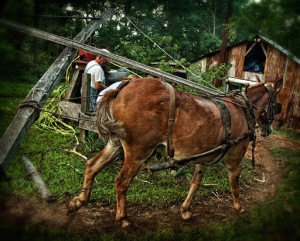 (All photographs copyright 2010 by Dan Routh)